Sapporo is the capital of Hokkaido Prefecture.

Sapporo is a japanese lager brewery since 1886.

Sapporo is a pretty cool Mitsubishi. 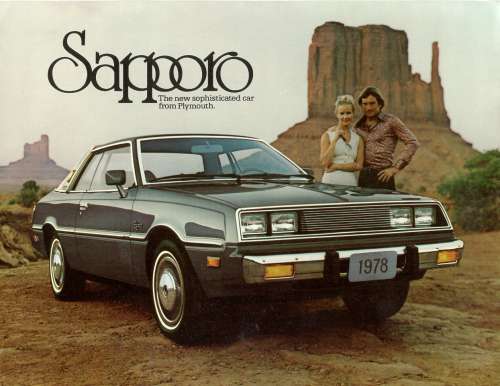 Yeah right, this being a car blog, let’s just talk a bit of that end 70’s – early 80’s Sapporo. The Sapporo has lots of different names depending of the country and badge it was sold. Mitsubishi Sapporo, Mitsubishi Scorpion, Mitsubishi Lancer Lambda, Chrysler Sapporo, Plymouth Sapporo,…

It’s running lots of Mitsubishi Lancer parts but looks so amazing different. Most people will find it ugly because they just can’t see the potential of that car. Further down you’ll find 2 super fine examples of the GSR. But first a bit of history:

Introduced in Japan in December 1976, the Lambda was described not as a coupé but a “personal luxury car”, as Mitsubishi already had the Lancer-based Celeste coupé in its line-up.

Mechanical: The car was available with a variety of engines, including diesels, a number of normally aspirated gasoline engines, and one of the earliest applications of the long-running turbocharged 2.0 L 4G63T engine in the top GSR model which also featured independent rear suspension

After some detrimming, Stew’s goal was to get the car really low, so there was no alternative to airbags! So here’s the new suspension and the car rockin some 8×14 ET-9 Konig rewinds 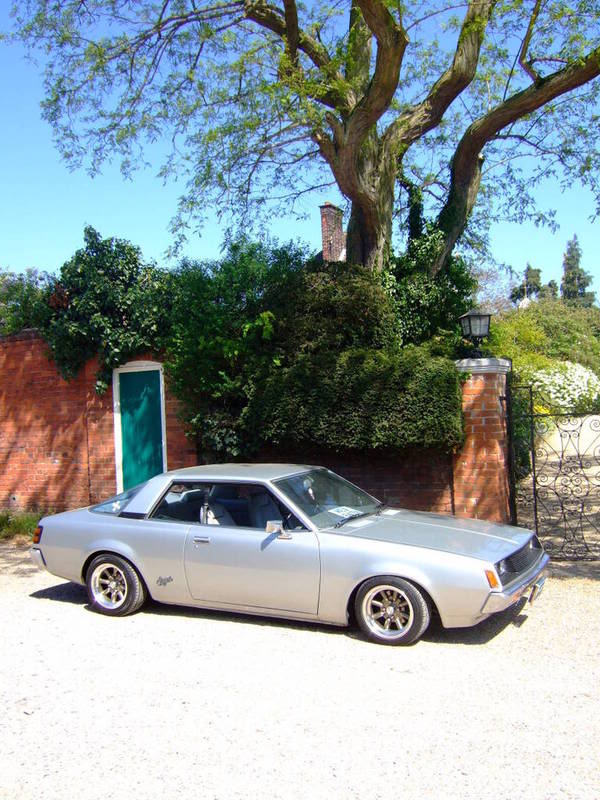 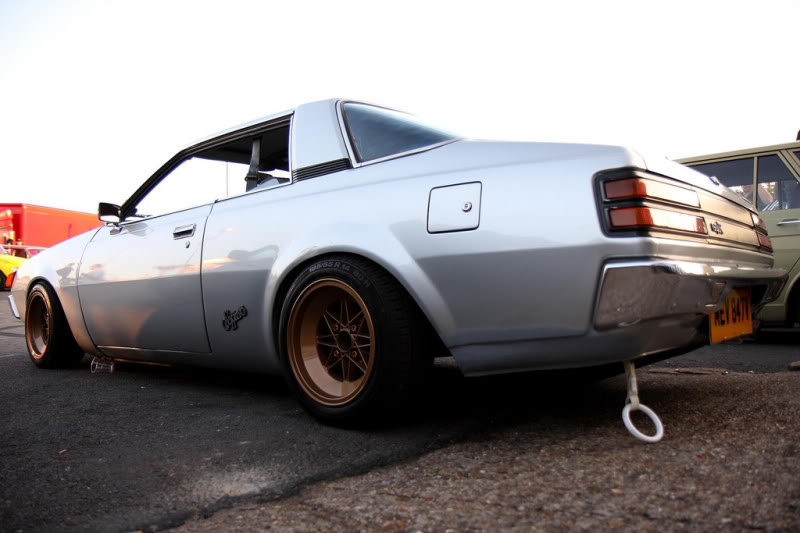 To take it one step further, you’ll have to pass the gates of BOSO

This is how the car looked at the beginning:

Got a paint job in Mitsu frost white, a lowering job and some 15” banded steelies from Wheel Vintiques (Cali/US) 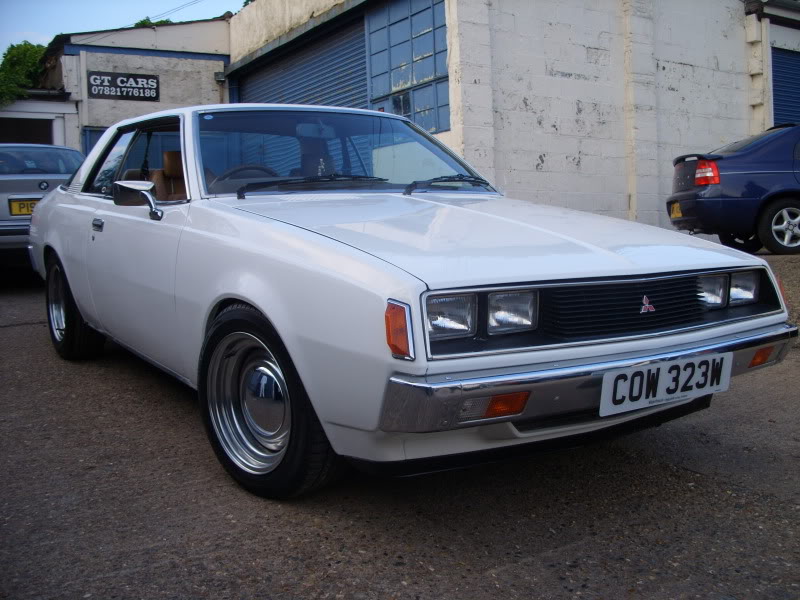 You have to love those 80’s styled Japanese interiors 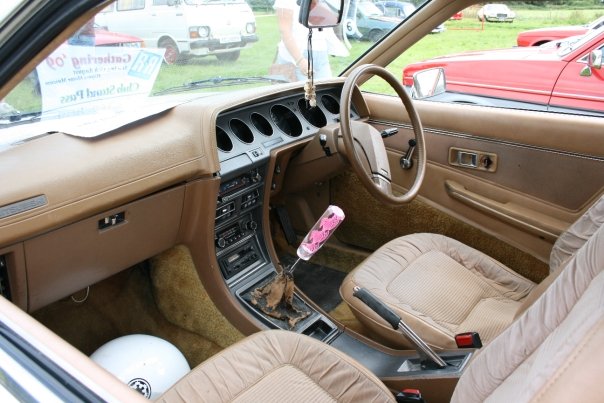 Here it is eating some bends @ retrorides gathering 2009